The purpose of the North Carolina Wildlife Habitat Foundation is to assist in the acquisition, management, and protection of wildlife habitat within the state of North Carolina and promote conservation education for the benefit of future generations.

a tribute to our founder

in North Carolina
Since 1992

The NCWHF reviews the site at intake. Once the site is approved, Restoration Systems (RS) or Resource Environmental Solutions (RES) may be contracted to develop the site. RS or RES are responsible for the site for the first seven years. The NCWHF assumes responsibility for the site starting on the eighth year. The site inspector follows a Standard Operating Procedure and the NCWHF maintains all reports in a dropbox database.

make a difference in
wildlife habitats in
North carolina 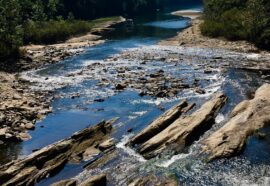 Want to become a member?